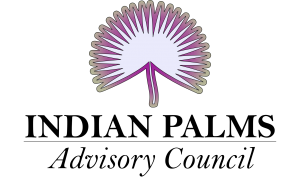 Vintage has begun preparation work on the walls and the ironwork on both sides of the wall. There have been a few roadblocks. For example, Vintage found water in some of the spindles; we will collaborate with the golf course to ensure no inside sprinklers will cause future damage. Painting should start soon. IPCA contracted with a lighting vendor and rope lighting will be installed on the guard shack and on markers. The fountain area clean-up work continues. Rearranged palm trees for symmetry. Reviewing bids for painting the guard shack. There is a gopher problem around the perimeter, so IPCA contracted with an exterminator to deal with that problem but need to amend the contract to include the newly purchased area.

Security remains an important focus of the Board. Since the community only has access control, not true security, IPCA is exploring adding security that will allow a resident to contact the security

guard house when having a security issue. The service would then dispatch a car and while security guards have limited powers, they will attempt to deal with the situation. If they are unable, they will contact the police. IPCA has asked vendors for quotes. If implemented, it could mean an increase to dues in 2023. It was noted that the recent $2 dues increase was because of 7% inflation and the increase in the minimum wage for guard house personnel.

An IPCA Board member recently saw a demo by a vendor that utilizes license plate recognition technology for gate security in other country clubs. The technology was very advanced, and they could see data from a community currently using the service in real time during the demo. The system captures the license plate, make, model and color of cars and has more capabilities than the IPCA current system. As a car approaches, the guards will see what home and resident the car belongs to speeding the process of the car moving through the gate. It will also be possible to move the vendors to the 50th gate since the system includes remote guard services. With this system, the guards can monitor vendors at the 50th gate from the Monroe guard house. When, and if this vendor is approved, it will not be implemented before summer due to the Coachella festivals.

If IPCA were to contract with Allied Universal to add the responsibility of identifying traffic violators, the HOA of the resident who violates the traffic rule will need to hold the resident accountable.

An IPAC member advised that his HOA is concerned about having a universal 25mph in the community, instead of 20 mph, due excessive speeds on Odlum and other streets. There was also discussion about adding more speed bumps, speed humps, or stop signs with LED lights and their related costs. One member said that the city would not allow us to add any more speed bumps (due damage to emergency vehicles) though we may be able to add speed humps according to another. Need to get clarification from the city.

Places like Desert Princess have consistent signage throughout the community, giving one a sense of a community that is well planned and organized. There are a variety of signs in Indian Palms so the look is inconsistent. For example, “Transponders Only” signs are different at different gates and the speed limit signs are different. The group discussed whether the HOA’s want to work together to come up with a “Menu” of signs for all to use within Indian Palms that would provide a common look and feel. The group recognizes the need for consistency as well as the need for quality. It would be good to have a central vendor all use that has the approved sign templates. The master association will start with the perimeter signs and then IPAC will work together on interior sign consistency.

The developer advised they are starting the project this week. There will be no through road at Garland but there will be more traffic on Cochran as it will now be a through road. Concern expressed about getting heavier traffic on Bergman as well.

In past meetings, members mentioned that residents have many questions about the community’s HOA’s and their responsibilities. IPCCA currently has a great Q&A on their website. Many of the questions residents have relate to the Master association so since one of the

technology vendors IPCA is evaluating would be able to give them much more capability than it currently has, IPCA is considering the addition of a future Q&A section where there are questions and answers about the Master association. There could also be links to the websites of any HOA’s that have them. There could also be a way for a resident to ask a question that the Q&A does not address. The website could also post information about IPAC including our mission statement and meeting minutes. This would help our transparency goal.

The Mission Statement draft was presented for discussion and approval. Jerry Tack proposed the mission statement be approved as presented. Jack Brown seconded the motion. Motion was approved.

Concern expressed regarding a resident jumping the walls to get into Indian Palms and whether IPCA has anything in the rules that prevents this. IPCA will research and check with Legal.

Concern expressed about how HOA’s will manage the upcoming requirement by the city of Indio that residents recycle their food waste. (The law is still in draft form.) A member suggested IPAC members work together regarding compliance with the new regulation. For example, there needs to be rules that ensure we keep vermin out of community (e.g. lids on food waste bins).

A member noted that there is no playground for children in Indian Palms and the group will consider this topic in the future.
Jerry Tack proposed the meeting adjourn and Ken Kempka seconded the motion. Approved. The meeting ended at 7:25pm.